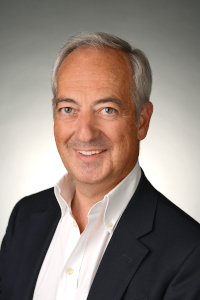 In 1991, Ralph Friedländer joined the Swiss Federal Administration at the State Secretariat for Education, Research and Innovation. He negotiated and initialled the agreement for the participation of Switzerland to the students exchange programme “ERASMUS” of the European Union. He was later a negotiator for the Directorate of European Affairs for various bilateral agreements between Switzerland and the European Union including the one on free circulation of persons. He joined the economic development cooperation department of the Swiss State Secretariat of Economic Affairs (SECO) in 1997 and represented Switzerland in international commodity organizations. He was the head of the Swiss business hub at the Swiss Embassy in Lagos, Nigeria.

In 2004 he joined the Swiss Agency for Development and Cooperation (SDC) of the Swiss Federal Department of Foreign Affairs representing Switzerland in the United Nations Development Programme (UNDP) and in the UN Global Compact. He was later in charge of regional cooperation in the Western Balkans and directed the development of new scientific cooperation programmes with Swiss universities in cooperation with the Swiss National Science Foundation.

From 2011 until 2016 Ralph Friedländer was in charge of the Swiss contribution to the new EU Member States in the Czech Republic, Slovakia and Slovenia and head of the Swiss Contribution Office in Prague. From 2016 to 2019 he was in charge of the African Development Bank and the issue of commodities in Western Africa as well as a member of SDC’s quality assurance network. As from January 2020 he is the Head of the Advisory Commission’ Office of the Swiss Federal Council (the Swiss federal government) on International Cooperation, a non-parliamentary commission which analyses the Swiss international cooperation, in particular its official develop-ment assistance (ODA) and issues strategic and operational recommendations.